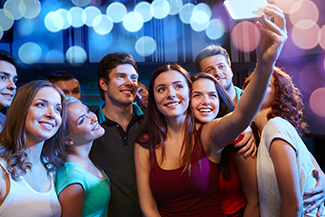 Bracklin Wedding Discos is part of Bracklin Disco Services and, as such, we provide music for all sorts of celebrations from birthdays to christenings to anniversaries and, of course, weddings.

So this makes for a very variable schedule for us.

One weekend we could be covering a 21st birthday party, a wedding and a christening. The next it could be a 40th birthday and a golden wedding anniversary. You get the picture.

Next to weddings, Andy’s favourite celebration though has to be 18th and 21st birthday parties because, as he says, there’s so much electricity in a room full of young adults you could power his sound equipment off it at times.

Unlike most of the guests at these functions, Andy isn’t, shall we say, in his first flush of youth. So he just loves it when he gets young lads coming up to him asking him things like “have you heard of….”, “bet you won’t have…..” or they mention a band name but, all of a sudden, can’t recall the song title….

He’s seen it all – young bucks trying to catch him out. Usually, though, he’s up for it and can be good-humoured in his responses, to the extent that the guys go away feeling a bit impressed (but not too much to show it!).

They’ll go back to their table, tell their mates and, as a bit or rivalry creeps in, they’ll put their heads together to try to come up with some obscure track before one of them is nominated to “go on, you go up and ask him if he’s got that one!”

There’s often a pint in it for the guinea pig. But it’s all good-humoured and, if it gets a little loud, there are always a few girlfriends on hand to calm them down.

Then comes the dancing to the songs they’ve requested.

Arms in the air, adulation for the “lad anthems” that are so popular Andy could set his watch by them.

When that round of dancing is exhausted, some other potential quiz-master steps up – a bit more respectfully this time – and asks “Have you got any slower songs?” Probably the girlfriends have decided they want to dance now and time’s getting on, so some attempt to ensure the smooth running of a relationship before the end of the evening’s celebration must be made.

“Have you heard of a band called Oasis?” one young man asked Andy on Friday night.  “They had a slow song. Cannae remember the name o it though”.

“Used to sing it,” says Andy, non-plussed, as the lad’s jaw drops.

And that’s how he hooks them in…. little by little.

He just loves to shatter pre-conceived notions and, more often than not, the bucks take it in good part, knowing they’ve met their match. And it all adds to the fun for everyone, including Andy.