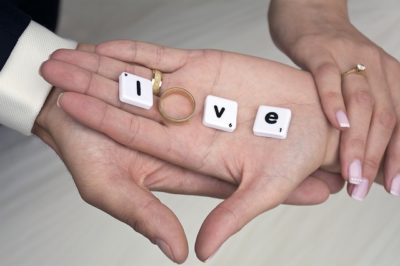 A Great Night Off

Last night we had a well-earned night off.

And what did we do? We went to a wedding reception of course!

It doesn’t happen very often but, when it does, we make the most of a night off. And what better way to enjoy it than to be in the company of good friends, celebrating the wedding of a lovely couple who were enjoying themselves immensely – no wedding nerves there or, if there had been, they were well and truly forgotten when the party began and the atmosphere shifted up a gear.

The tears were flowing though when the groom’s elderly father got his wish and was able to “dance” with his new daughter-in-law from his wheelchair before ending his wonderful day.

Not a dry eye in the hall either!

A wedding is much, much more than a couple getting married. While it may be obvious, we always say it’s all about families. Of course it is you might say but, wait, think about what that really means for a minute.

We’ve had a lot of experience doing wedding discos and you get to know the main participants involved ie the bride and groom, but it’s also about the families and friends they unite and how each and every one of them chooses to celebrate along with the happy couple.

The stories they bring to the occasion don’t always come out in words.

Like elderly Mr X whose face lit up like the glow sticks people were waving in the air when his new daughter-in-law birled him round ever so gently in his chair. He was taking part in the occasion to the best of his ability, not being excluded because he wasn’t as fit as most.

That’s only one small story and one we may have missed had we been doing a disco for the couple. You see a lot from a stage but you can also miss a bit of what’s going on at floor level.

Another little story from this wedding – the groom’s daughter and son-in-law and grandson, who had come all the way from London for the wedding had made every effort to wear as much tartan as was possible for one person to wear at one time….. pity the Londoner had his kilt on back to front! Ah well, it was the thought ….